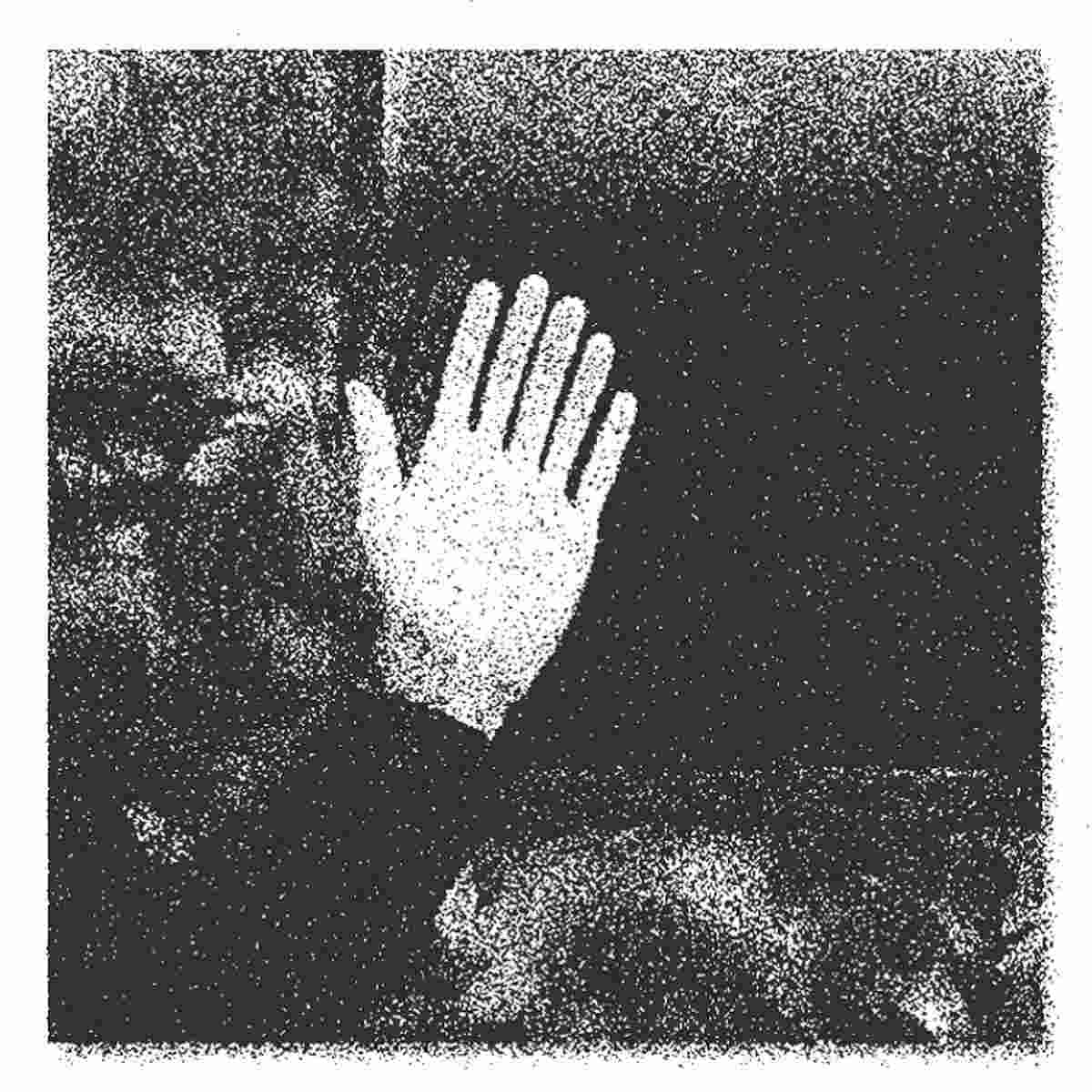 The unsatisfied desires of the waking state contribute to provoking sleep, but they cannot form it by themselves, for this would always be necessary their connection with unconscious desires. 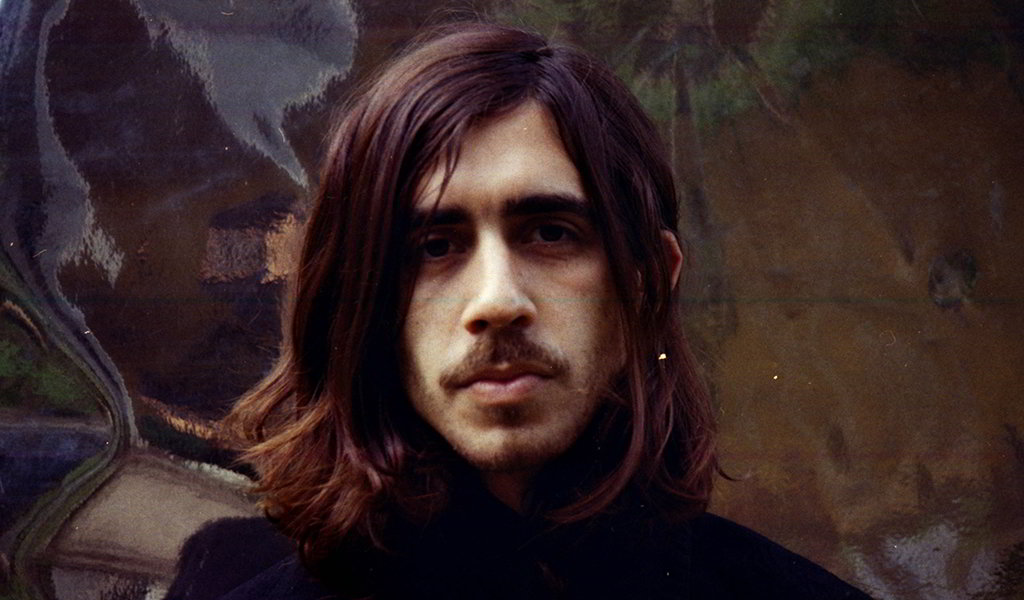 Catriel Nievas is an experimental musician, teacher and a passionate about simple melodies, chords and “ghostly” sounds as he likes to say, trying to find the rhythm generated within him and the traces they leave in the listening.

“This year I was particularly active and I was able to make a lot of music and also record it.” It is almost a declaration of verbal war against leisure.

In the year 2016 I had an approach to his work with Túneles, an electroacoustic experience recorded in a single day with Marcelo Von Schultz and released by ADAPTADOR Records. I had forgotten that detail until, while rummaging around in my digital discotheque, I came across that album. It was just a matter of starting to put the pieces together.

The shadow of the dream is the album that we have to review in this opportunity. Catriel together with Juan Manuel Patricio, a short time ago edited in collaboration an album that we already reviewed here, and that was the approach already in concrete to his name.

Catriel is a kind person and reaffirms her condition as a Buenos Aires native, detaching himself from a little bit of the stigmatizing “porteño” that is well known all over the world.

This album is particular, although collaborations abound, it is a solo album, and it is an interesting work from the first piece.

Let us listen, or rather, read from his words about his own work.

“La sombra del Sueño” is the title of the last album I released individually but it is nevertheless full of collaborations by artists I admire and who helped shape the music and concept that constitutes the album.

It all started on the first day of quarantine, when in Buenos Aires we all thought it would only last 2 weeks.

Last year was very busy for me because I work as a music teacher in several schools, I have a rehearsal room, whenever I played or rehearsed I had to travel and at the end of the week I had my head in a thousand places. I was going to take advantage of those two weeks of quarantine to leave all the microphones connected, the guitar, synthesizer and anything else that makes sound to record and be able to do it at any time and moment of the day, making the most of staying at home.

At some point I shared a story on social networks about this recording that had started and suddenly friends wrote to me wanting to participate. Then they sent me recordings to include in what I was working on.

The quarantine was extended, I had already started to compose and think about the music. I was in the middle of recording and found myself dreaming very intensely. I began to write down the dreams I had night after night in a notebook. As they say, that exercise makes it easier to retain details of your dreams, so I dreamed and wrote them down. At the same time I told them to my psychologist. We would go around them trying to find a language or meaning that would help us to better understand things we talked about in the sessions, such as events or facts from my childhood or adolescence.

At some point the recording came across that notebook and there I definitely faced a music dedicated to my dreams.

We like to think that Freud is the kicker towards the interpretation of dreams, which is certainly an intensely interesting work that the Austrian bequeathed to us, but he was not the only one. Dreams are an important part of creation, they give us ideas and solve problems, in my particular case, they even help me to organise my day. Moreover, I share not in a literate way, but the same notebook as Catriel that helps me in the composition of works or how to solve a sound assembly.

I started working with the electric guitar, as always, which is my main instrument and the one I love. A year ago I bought a Freeze guitar pedal, which is a pedal that keeps a note or sound of the guitar for a long time. On the other hand, I have a synthesizer called Dark Energy that I basically bought because I liked the name, but it’s very powerful and gets along very well with those long notes that were maintained with the Freeze. I like that the notes of the guitar and the synthesizer are almost the same, almost the same note, but never the same. When they are about to meet, they move away from each other again and separate. Between the notes something very beautiful happens, which is the beat. An acoustic phenomenon that is generated when two very similar frequencies come together, there a rhythm or pulse is generated as a result of the vibration of the nearby frequencies.

The whole album is based on those rhythms that appear and disappear. I think it’s a good metaphor to understand what interests me about dreams. That you are always about to meet reality, but light details like a changed face, a strange clothes in some friend, a place similar to others but you never visited, make the meeting not happen. Everything seems to be almost daily, but it is not.

Each track reminds me of one of those dreams I wrote down and they are titled like the images that appear in them.

In part, the conversations we had with Catriel, among recommendations, curiosities and many other things, led to the appearance of two peculiar characters, the first being John Carpenter, that great eminence of political cinema of the last 50 years and the controversial Varg Vikernes.

It turns out that in one of the listenings to The Shadow of the Dream I went from wakefulness to a light sleep, in which it is not possible to identify whether the space around you belongs to the domain of Orpheus or that of Kantian reason. At a moment when one of the tracks of the album sounds, precisely the first one, I find myself recreating a fragment of Carpenter’s emblematic film, Halloween (1978), in the same way that Catriel tells in his dreams, slight details that are not in the waking state, our unconscious takes the liberty of decorating them as it pleases. In this case, Myers was walking in broad daylight, with his mask of Captain James Tiberius Kirk and his clothes but in white, along a street full of trees very similar to what is proposed in the film. The coronation is that the music of the film corresponds to Catriel with the track El Medano y la Serpiente (The Dune and the Snake).

In these conversations that we were having while I was editing the interview, the musician expressed this coincidence when I told him that his music had an air of the director’s soundtracks, which he coincides with and manifests a quote about the same film. Carl Jung does not speak of coincidences or coincidences, but of facts destined to meet, a certain metaphor of mystical determinism. 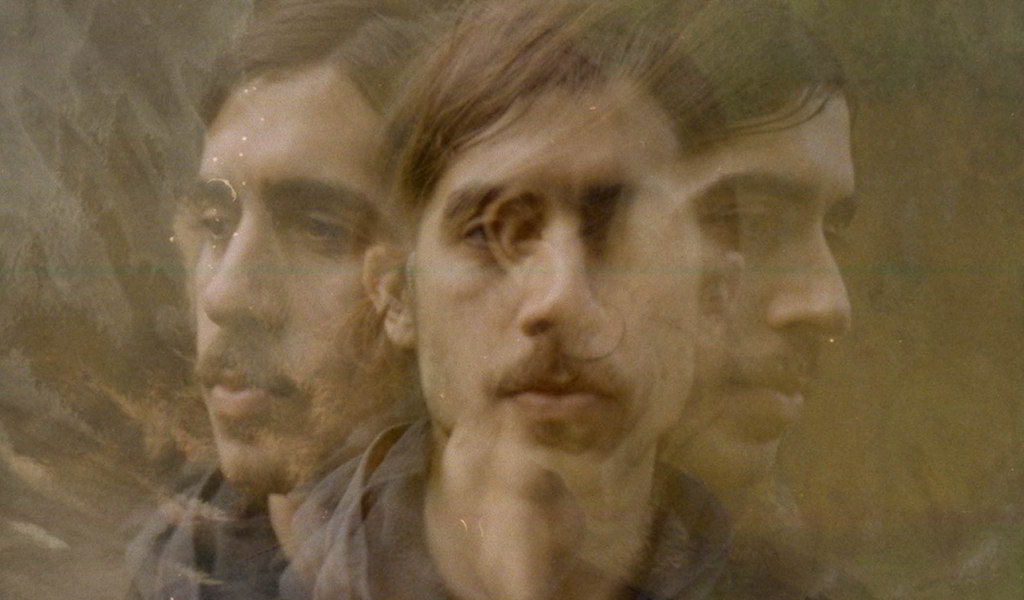 In the album there are voices singing and some voices talking… It’s the first time I use singing voices in my music, but I thought it was important that they were there, that’s why I mentioned it before. The singing voice automatically refers us to something from reality and sometimes from our past, from our childhood, like our mother or grandmother singing very close to our ears to induce us to dream. It seemed to me a good anchorage between so much synthesizer and electric guitar sound that sometimes becomes very hard, very abstract. It was important to keep

some of that first listening, those sonorous and melodic memories. Luckily, my girlfriend Lil (who also designed the cover art) collaborated in the voices and my friend Nat, who is a mother at the time, I think, got the idea straight away. They both have very incredible voices and they balanced very well with the claustrophobia generated by other parts of the album. I even dared to sing a little. My voice also appears saying some things, but totally distorted, like when we know that in a dream someone said something and you heard it, but you don’t know what.

There are some soundscapes as well and stock sounds (foley), for example steps or fire that serve as a call to life outside of dreams, but that when put in a strange situation they totally change their meaning. The laughter in the second track, repeated in intervals, takes me to a familiar place, a memory to which I always return, falling asleep on the beach as a child and hearing the voices coming and going, between waking and sleeping vanished, but they do not seek to portray happiness or nostalgia but something everyday placed in another context more rarefied and with a behavior out of place, almost inappropriate. That makes me very uneasy, but it also fascinates me.

The cover tries to find that proof of reality, whenever we want to confirm whether we are awake or still dreaming we look at our hand, count our fingers. Are we there or are we here?

If the dream encounter was on the streets of Haddonfield, Illinois with Michael Myers, reality brings us to an encounter with Burzum, the solo project of Vikernes, a controversial Norwegian musician linked to an extreme spectrum of Nordic metal. In moments of sharing experiences or approaches to the codification of dreams, the recommendation of this peculiar album by Burzum, composed by Vikernes for an unofficial cassette edition, arises. What does Foreldra, the mentioned album by Burzum, have to do with this talk? A lot.

One is used to media consumption, even with a priori judgments. Some time ago, after seeing the documentary Until the Light Take Us, which brings a panorama that removes prejudices about some musical movements, what brings us closer is the process of searching and exploring to find a type of sound. Which can come from diverse sensory experiences. Those who profess this art, are in a permanent search for their own sound and identification. Forming it in their own brand that differentiates them from the average, accompanied by a visual aesthetic. These motifs were what we talked about with Catriel when we shared links, hence the reason in vigil is provided by Burzum and the coding is brought by John Carpenter

After telling you this a bit, I feel like questioning the word “reality” in the context of dreams. In short, they are part of our reality, but exaggerated, like a story that we tell ourselves every night to remind us of things that we forget during the day or that we want to see and cannot or do not dare to.