My name is Alexis Perepelycia. I am a musician, a sound artist, I also work in experimental video, I make sculptures and sound structures, assemblies, drawing, painting. Also some writing and above all poetry. I consider myself an amateur in all disciplines, anyway I have been making music for 30 years, I am a university teacher and researcher.

In 2012, after having spent my own quarantine, I discovered the brotherhood of Free Improvisation in the city of Rosario. A mass that took place in an institute that taught arts, called Cairos, near where I lived at that time in the city of the Giant, the Parana and an important musical confluence that Argentina has.
That night I went with my beloved Zoom H4N recorder, named Arturo that is, and I was able to record the concert.
All Free is the name of this cycle of improvisation that even in these days of pandemic, is kept alive as the brotherhood that it is. The idea is simple, musicians who do not know each other or who never played together, come together to play freely.
That night I met Alexis, who was also with a Tascam recorder to record the concert.
Time brings us to this day, All Free continues to be my brotherhood even though it is no longer two blocks from Cairos or from the many dwellings that this kind of mass has, from whom we hear different sounds or postulate a form of listening for the sound act that is not as linear as the hegemonic sounds.

Working with noise is not easy, it is a field absolutely divided in two, with black and white, with almost radical extremes. It demands strenuous efforts and patient listening, a methodical way of working and a deep conceptualisation.

The Political Dimension of Language emerges as a sequel to an earlier work that the composer did with a grant from the Instituto Nacional de la Música, where he works with software that he programmed specifically for these projects that he is carrying out. The idea behind it is to work with interactive generative systems where the software receives a series of commands and makes decisions. 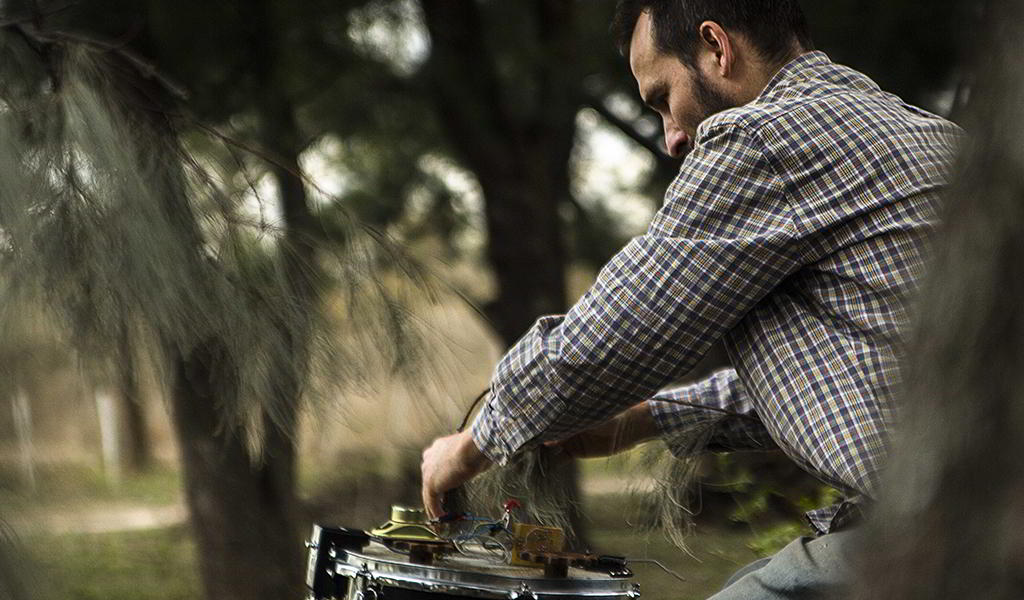 — The aesthetics are focused on my concept of saturation and distortion which I have been working on for a few years now. It is part of a current that we could call noise, or NOISE. Perhaps noise is more related to an aesthetic linked to Luigi Russolo at the beginning of the 20th century, and when we speak of noise, we can refer to aesthetic movements that emerged in Japan as a post-war movement with a great boom in the 1960s and 1970s. In any case, I believe that my work, specifically these two works and the latter, is mainly based on digital aesthetics because I work with software and therefore has more links to the Japanese noise scene than to the Italian futurism of Russolo, Marinetti and the noisemakers, also linked to the French concrete music scene.

The work from the beginning to the final rendering…

— I program the software and what I do is record everything inside the new software in multiple channels, there are dozens of channels and all of them are internal. Each stage of the software has a voice and that voice has a recorder, so I record each one of those instances inside an external hard disk, so as not to overload the machine’s hard disk and besides, all that is going to a series of monitors (speakers, loudspeakers), I make myself a small orchestra of them of different qualities and sizes, I mic them because there is a lot of internal and external coupling, a lot of feedback and I also record the sound mass inside the work area.
I work at high intensity, I do it with earplugs and I record with the equipment at high intensity because the sound has to excite the whole acoustic enclosure. After recording hours of material and choosing the fragments, I proceed to do all the editing, which took me a few days and are many layers, dozens of layers of channels, where the digital channels are called internal were recorded within the software and also are aligned with everything that was recorded after a microphone and so acoustically. Then I have all that mix, I make CUES, marks, full of markers the session and then I make the assembly that ends as a result in an L and R (right channel and left channel), a stereo file. Then to the mastering instance, which I do with a DSP of a board and that’s what I delivered to the label.

In its construction or composition, I may have had as a starting point everything that was left out of the previous project, which paradoxically still doesn’t see the light. The first one due to pandemic issues, moreover, says alexis, is still in the process of being manufactured, because it was born as a physical album and this second one was directly conceived as a digital album and distributed that way.

Jorge Castro, who directs the Santo NOISE festival in Córdoba and also the label of the Sudamérica Electrónica project, had been insisting that he should make an album, Alexis began to organize the material of everything that was left out of the previous work called Those Ghosts, he began with certain ideas that had not taken place in the previous project and that could have an autonomous life and independently of that work. She found materials that were coherent and that linked ideas that had not acted in the first project. At the beginning it was a short track and Castro told her that this material was good for more, that there was potential in it. So he started listening to more linked material which triggered a process against the clock as the intention of the label was to release it in winter. A delicate family moment, since Alexis’ partner was pregnant and about to give birth. She finally locked herself away for a weekend and gave it the shape that the album ended up having. 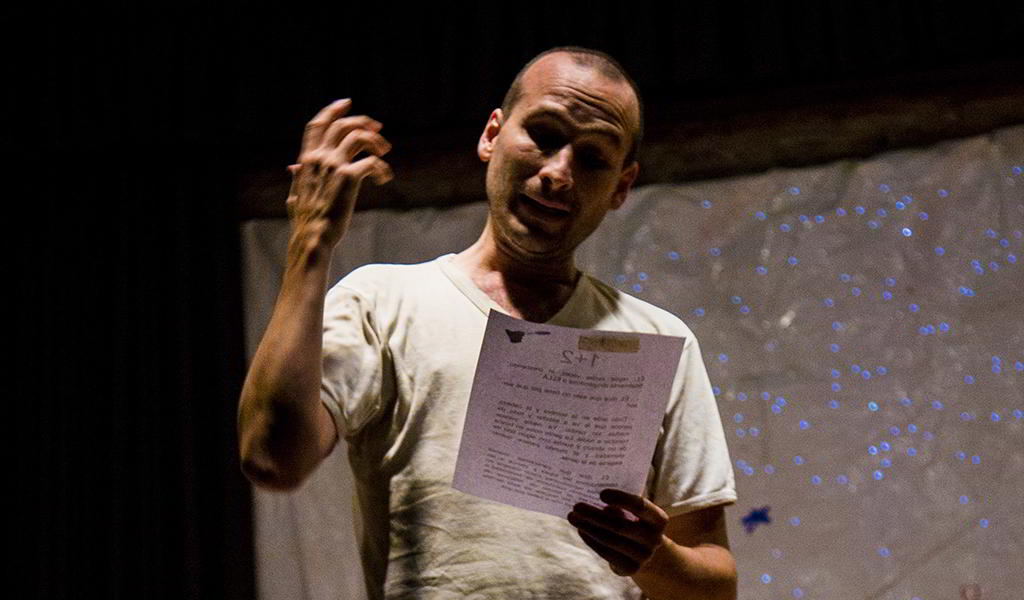 — But punctually, going to the subject of the storytelling that you comment on, I think that there is no such thing in these projects that I am doing now, there is no story behind it, there is sound, matter that moves that has a life of its own and what I do is try to find a flow, perhaps that can be understood as storytelling but there is no story in the strictest sense of the word. There is that. It’s that idea I was telling you about, of saturations and distortions, very dense frequency spectra, frequency bands, limits, frontiers that are getting closer and closer between those bands and amplitudes that are increasing or decreasing. A game of densities and obviously the resulting timbres. At times I am working with couplings, in others with granular synthesis, with sine-wave generators, cumuli that are made of hundreds of very neighbouring frequencies and begin to modulate one another. At times I work with a large number of layers, a lot of density and at times with very little density but there is always this idea of saturation and distortion. I think that’s also the reason for the title, The Political Dimension of Language, since it always has a political side and in this era that we are living in. This album arises in pandemic and the particular thing of this, that perhaps has of interest with respect to the previous project, is that it was the genesis of this other one, I recorded it the first week of January of 2020, where still this story of COVID, Coronavirus, Pandemic, Quarantine, etc., were in CNN, where we saw what was happening in CHINA like an alien and strange thing. Well, then it hatched all over the world, it became what it is. They also have reading that can be seen from that side, the politics of the language of communication and the politics and language of our times, so that saturation, that distortion, also has to do and is very relevant to this time.

— The importance of NOISE and silence in this work, I wouldn’t know how to answer that because this is a work of NOISE, perhaps the silence fulfils the function of articulating some sections of others and there are silences at times between layers, between agents, elements that are sounding out at different depths and what it does is that it generates certain micro, meso and macro formal articulations. The silence here fulfils that role and no other, since this is a work of noise, of noisiness, a work of NOISE, so noise is the founding element of this work.