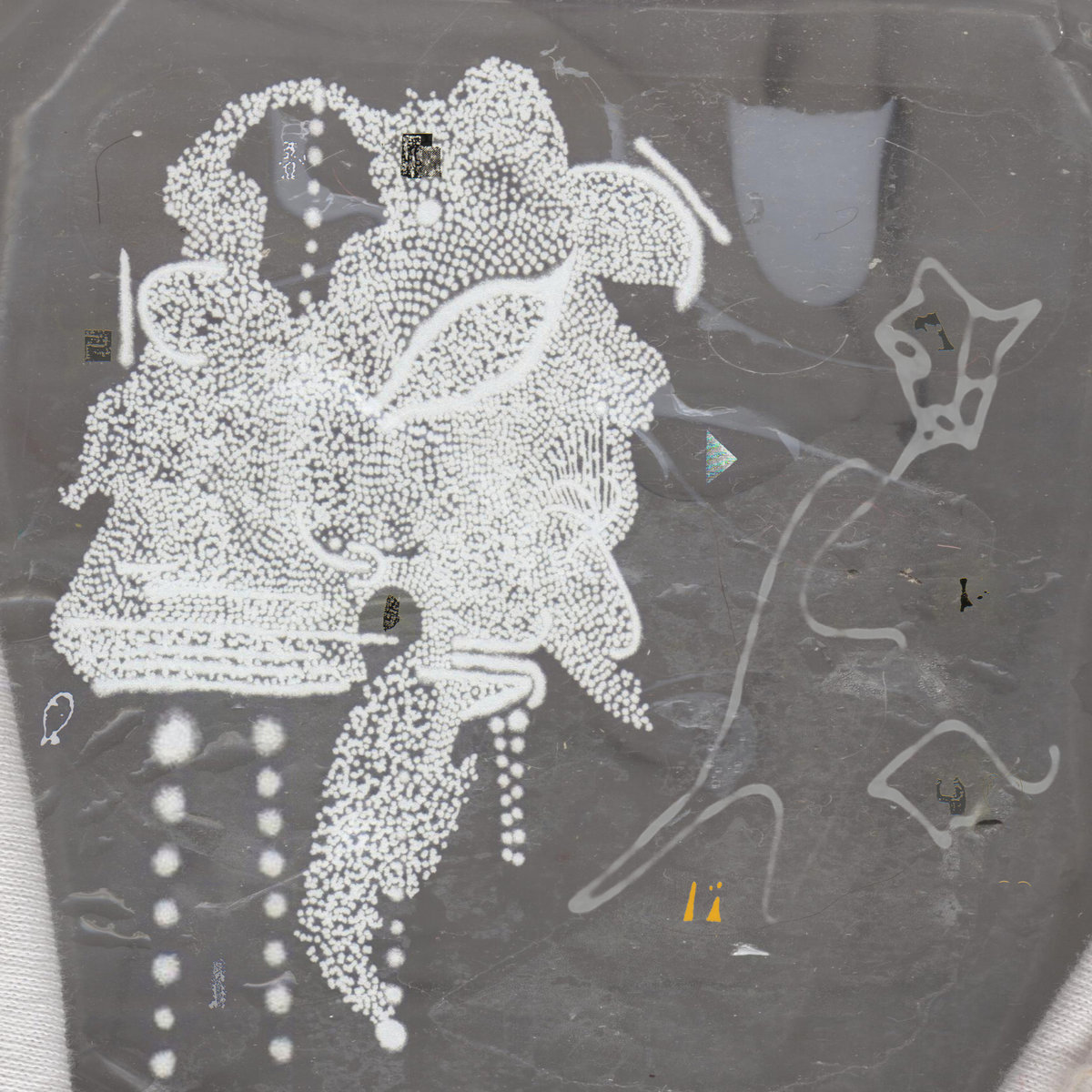 Shaun Robert | radio the art of

Hello, Shaun, how are you? I hope you’re doing very well over there in Bath and that your affections are too. I’m writing to you because some years ago you released an album that I liked a lot and since some time ago I write some reviews and comments about the material I listen to and I like it. As I told you, I like that album and I want you to tell me a bit about it and also about you.

Hi Franco, I’m Shaun Robert, Shaun is the Anglo-Saxon variation of Juan and I live at BATH. It’s a small city in the UK where the Romans, when they came here, installed their steam baths and thermal baths, those monuments are still preserved and we are not far from London. It is a quiet city and very nice to record sounds. 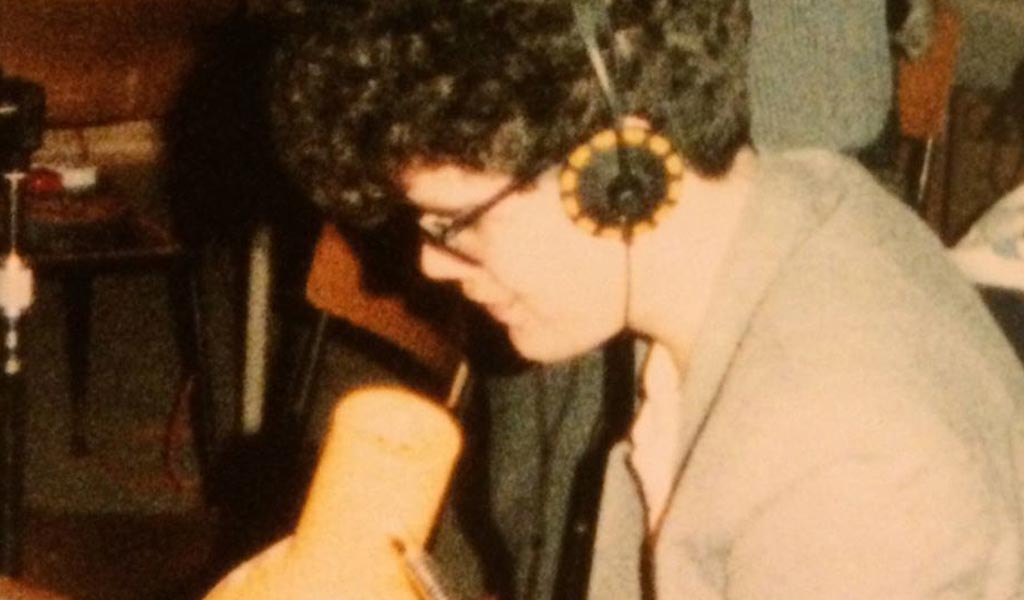 I have to start by saying that, I grew up listening to the radio a lot and , I got into recording through the radio and used the radio for sounds, filling sounds and…basically just editing with a tape machine, making small edits and jump cuts of found radio sounds…trawling through the airwaves late at night with headphones on, deep listening…later I guess I wanted, I dreamed of having my stuff played on the radio, within my projects, projects I was doing…, and the album is part of that I mean, I was hoping that I would make an album which would be played on the radio. A radio art album which would be played on the radio. What would be nice…what was nice, was that the album was played on a sound art radio station & various other stations, not that particular album but particular tracks have been played on the radio and I guess they have been played as if it is radio art. I mean, I start from the standpoint with it that…from the theory of Marcel Duchamp of the act of art, the creative act… when something becomes art when it’s being viewed, or heard as art by someone other than the maker, I guess. Although, you know I kind of look at it like if you make something and then years later listen to it and even the person whose made it has forgotten all about it in lots of ways and the machinations that went into it perceives it as art at a later date…that’s possible. Bit of a stupid sideline that ah…

So the album is, ah a mixture of spoken word and noise; most of the noises are derived from radio sounds, so I kind of like the idea of these things being broadcast on the radio and ..the things being broadcast on the radio are radio sounds. Some of the tracks are very minimal, things sort of floating between channels and , I still feel that the excitement of not knowing when a particular sound would appear, because sometimes it would just be a fragmented sound……suddenly being picked up, particular voices and sounds mixing together, two different stations where you get a delay, cause of ur…could be because of large buildings or weather, or things like that…or even the station being broadcast to different parts of the world and picking up the two different broadcasts.

How interesting to know that there are others who went through similar experiences, I also listen to the radio since I was very young, at my 10 years old I was able to buy a small portable radio and I also spent long hours listening to early morning programs. So, what is Radio, The Art Of?

It’s a collection of spoken word and noises. There’s even an attempt at humour, , you can decide where that is, , or not.

My normal process of layering sounds together, …processing them, pitch changing, tempo changing, putting it through various filters until I find I have the sounds, the noise that I feel reflects …the feelings, the emotion that I want to give. And also, I , within the speaking parts, I process it so that some words are unintelligible and partly, mostly because it’s like when you are listening to a station and it fades in and out, and some bits do get lost and become gibberish…that’s part of it. Also I think I was afraid that the whole thing would become a bit too pretentious and …I think that the humour and the confusion element would keep that at bay maybe.

I kind of said about that, how me listening to the radio had a big effect on me, and I still have a deep emotional attachment to radio, and the analogue radio…although I hardly ever listen to it now, I’ve got a DAB radio and listen to talk radio the most, cause my girlfriend likes it and I, we mostly watch films, for pleasure I guess other than radio. 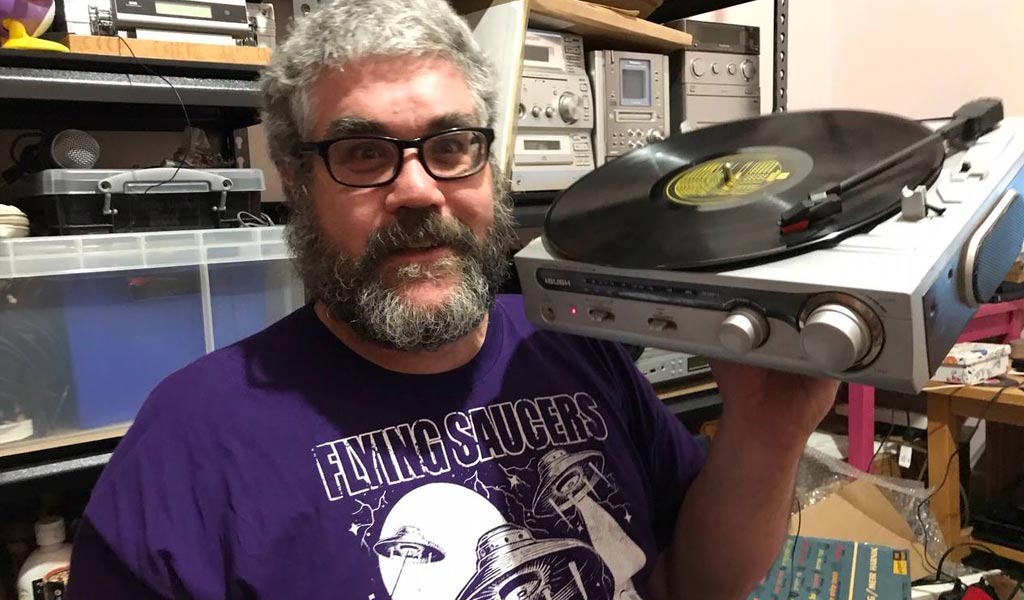 I remember I was very happy with the cover of the album, since I made it, I’ve been sending out tracks from it, but I’ve not sat down and studied it since I made it; it’s been quite some time ago, can’t even remember what year it was at the moment. September 29th 2016, I recorded it so and Pluto outs I was very pleased with, a kind of spoken word piece. It was my turn to do a kind of concept album, and my idea of what radio art could be, there’s 10 tracks, to me 10 means communication, and the cover is a scan of a plastic bottle being pressed down on the screen, on a scanner and then on top there’s some pen and ink drawings I did; I think that relates well to the theme.

The talk continues, in more personal and delirious aspects of the exchange of virtuality, distance, time difference and pandemic. Personally, I’ve known Shaun since 2014 when he wrote to ask if The Noise is the Message to pass on a piece by Mutant Beatniks, an old project of a very experimental and personal nature. From then on, many exchanges took place and a particular friendship was forged between Shaun and me.

About this album that I wanted to review, I think it is a piece of radio art with a very English style, experimentally NOISE with a very strong sound and emotional charge, it is one of the works of this author that I like the most and that I regularly listen to and that sometimes when I am invited to discussion tables or talks in common places I like to quote.