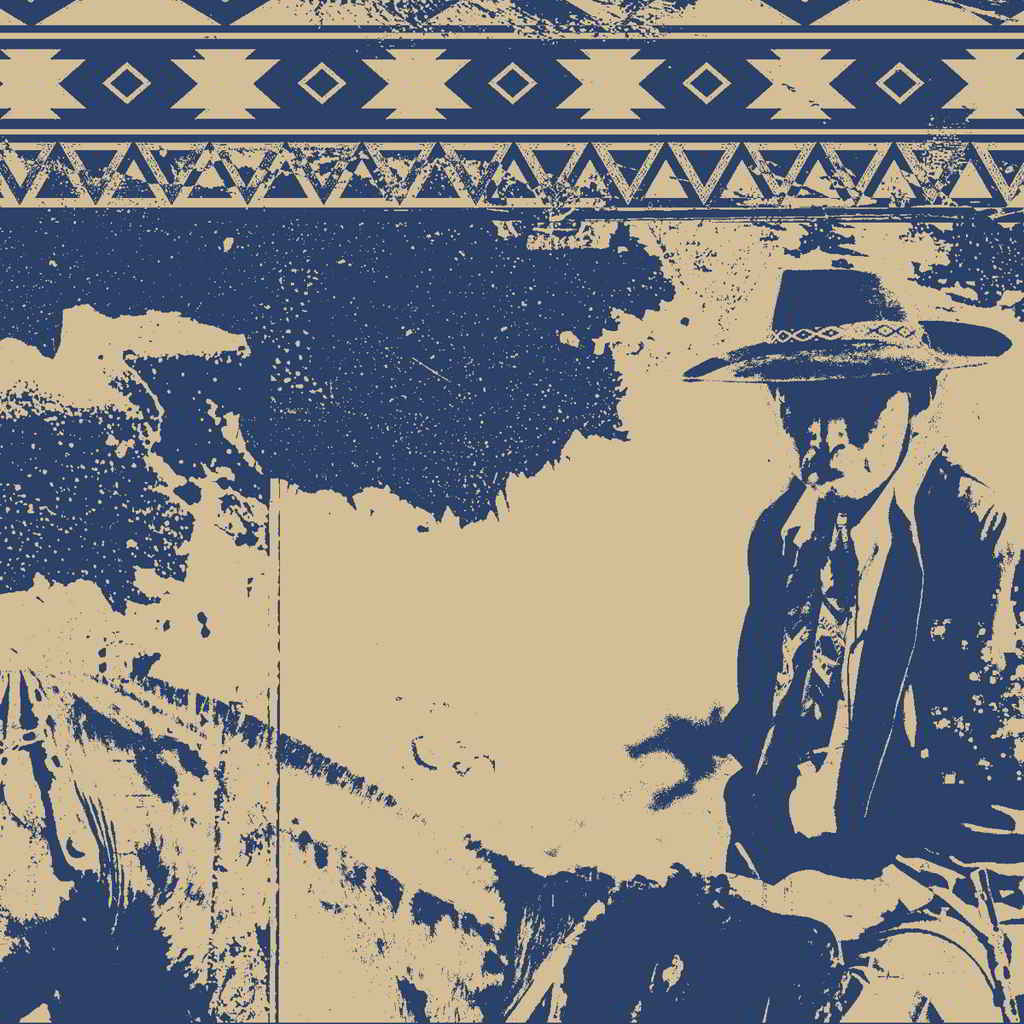 The name is an homage. The man, it’s an homage. Ivonne van Cleef is the pseudonym or name of the artistic project of Santafecino, more precisely, of Esperanza, the first Argentine agricultural colony. A slogan that every Esperanza person likes to repeat with great pride, even though some historians may doubt it.

I’ve been working with the French label The Eagle Stone Collective for a few years now. This year is their fifth anniversary and to celebrate, they are going to release a special album. For that album, Caleb the director of the label, asked me if I could send him some layers of sounds, from which he would compose music. I send him the layers and he sends me back two songs per track for me to remix or revert, to choose one of those two and also do another mix. Well, I made the mixes, I send it back to him and he tells me if I can make him a couple of covers, of versions of his own songs. The challenge was already set and in the end I made so many versions that an album came out. I presented him all the songs I had done and he suggested that we make an album and something else for the birthday special. That’s more or less how El Cuatrero was born, that’s why the name, because the ideas are almost stolen, ideas from him that I reinterpreted, reverted, re-recorded and that’s how it was. 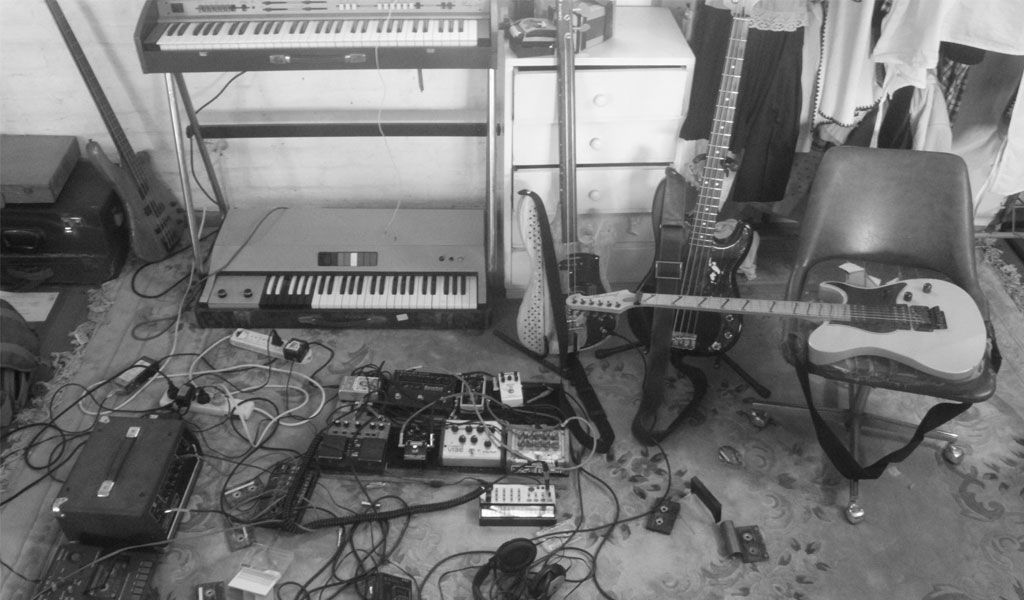 The first task, different from all the other things I was doing, was that from all the discography of the label, having to select the songs I was going to cover, that took me quite a lot of work because it was listening a lot and at the same time it was choosing what I was comfortable with and what I could do with my tools, which are not the same as working with a computer, I had to be able to make those songs sound with my instruments. The selection process was quite complex, I chose about 10 songs, of which I ended up doing 6.

That allowed me to somehow rediscover the process of composition, of recording. When I reverted I had to face in a different way, use other tunings, think about using the tools that I always use and use them in a different way. It was quite a valuable process for me. If you had asked me 10 years ago if I wanted to do covers, I would have said no, but it was an absolute freedom, this is the idea, you listen to it a few times and then you go to record what comes out. I learned a lot, I am very grateful and the final product was very accepted, so they asked me for a volume two, this would be the future of this work. 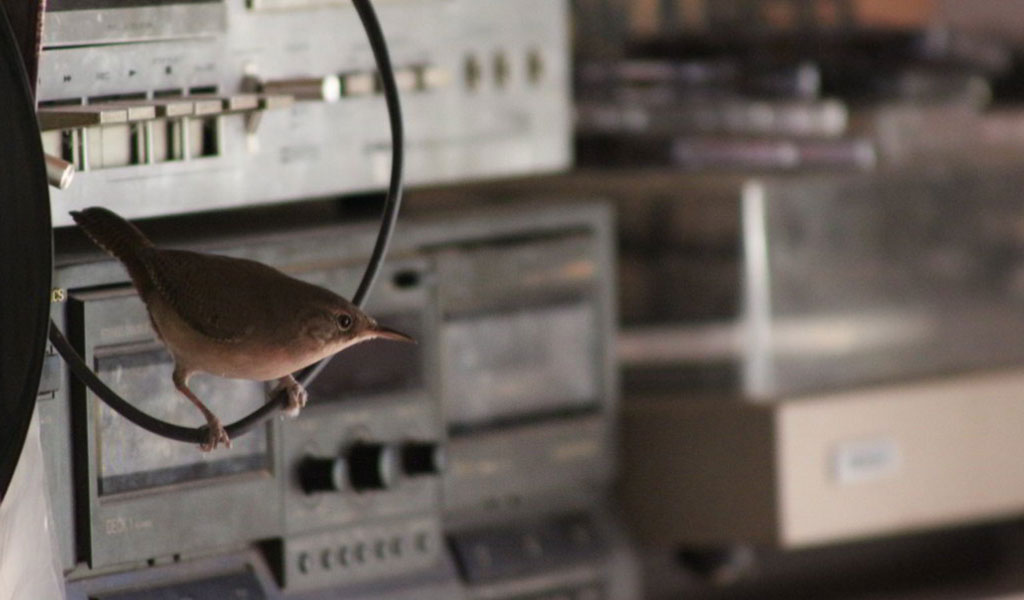 At first the trigger for this project was the special album for the release of the 5 years of the label that was left in another project. From that also, we started to collaborate with a new album where this time we worked three, Caleb and T.G. Olson from USA, an interesting musician who plays Steel Guitar and me from here, where we released a 40 and some minutes LP. I really like it a lot. It was a challenge because we are a lot of musicians putting in a lot of stuff. A loaded album that managed to express the three sounds, the musicians involved are clearly represented. At least I feel that way.
The process is born with one thing and leads to another and you never know. We are currently working on something more minimalist, I played Mark Sandman’s two-string bass again that I made. It’s just going to contain my input from that bass and already T.G. Olson has started sending out tracks to make a new record, I have a lot of material to work on. That’s how the process of composing, recording and executing the project takes place. 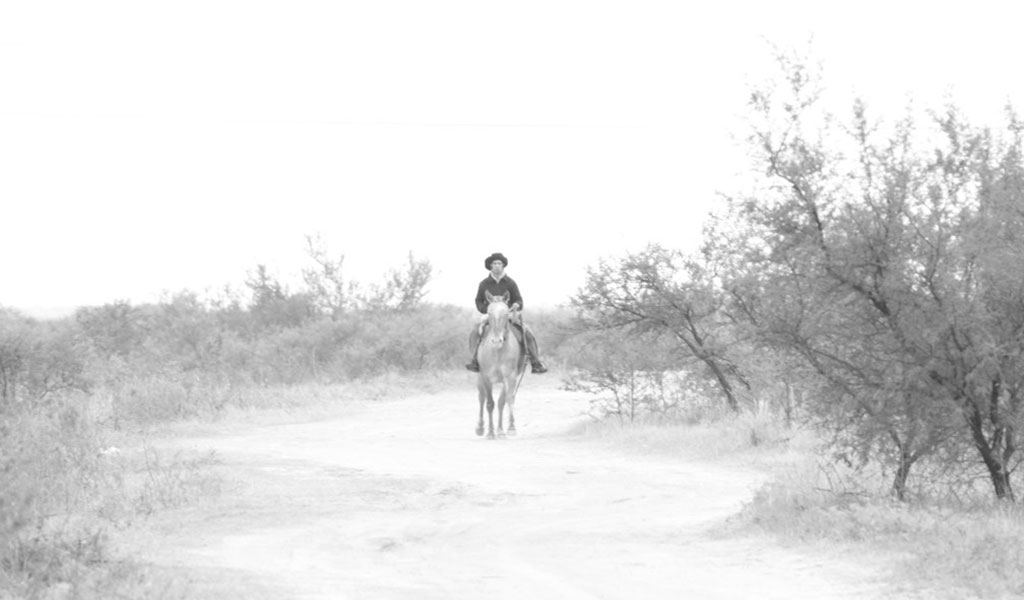 I have to live with an office job and be a parent, in principle I get up very early to record, 5 am and I have two hours to record on weekends or some weekday, now that we are in the new normal COVID-19. I think that being up early in the morning recording is different from everything else. I’m used to it and I enjoy it very much. I think it gives me a different look, I don’t know why yet, but the morning has its energy.

All the time I’m looking for the sound, I think about them but when I play them they’re not the same, but they get resignified, always looking for them to be nice or functional to the idea I’m trying to express on the track.

There are characteristics that distinguish me, that have to do with using field recording, cassettes, and the sound itself already has a naturalness or a characteristic that has to do with knowing the instrument, the drums, it’s a drum set that was played and recorded with an ambient microphone, the double bass the same and the synthesizer the same. When recording in portastudio you can’t edit it with software, you can’t reprocess, reamplify, equalize yes, but very little. So the sound is natural, it’s the sound of the instrument, and the sum of instruments gives it a particular characteristic. I tried to make the same song and record it in a studio, maybe it sounds better but not the same, it loses a lot of its characteristic and a lot of what I appreciate. At one point I decided that the (recording) studio will not be the way for this project, so the search for sound goes that way, using the tools available and the instruments I have and expressing the idea
and that’s how the sound is formed.