Sebastian Duque Mesa is a native of Medellin, Colombia. He is a physicist from the University of Antioquia, and has a master’s degree in quantum physics from the Weizmann Institute of Science. He is a university professor of programming and data analysis. He is also interested in bringing science, art and technology closer together. His work is guided by artistic direction, focusing on the use of science. That is to say, the study of the structure of the behaviour of natural systems as an aesthetic resource, to evidence hidden underground relationships, existing between the natural and the social, making plastic experimentation with these objects of science. Most of his works focus on sound synthesis, the use of artificial intelligence and electronic devices. All of them in the translation of images, data or mathematical models, in sensory experiences, resulting in sound compositions, installations, interactive websites or sound landscape compositions. 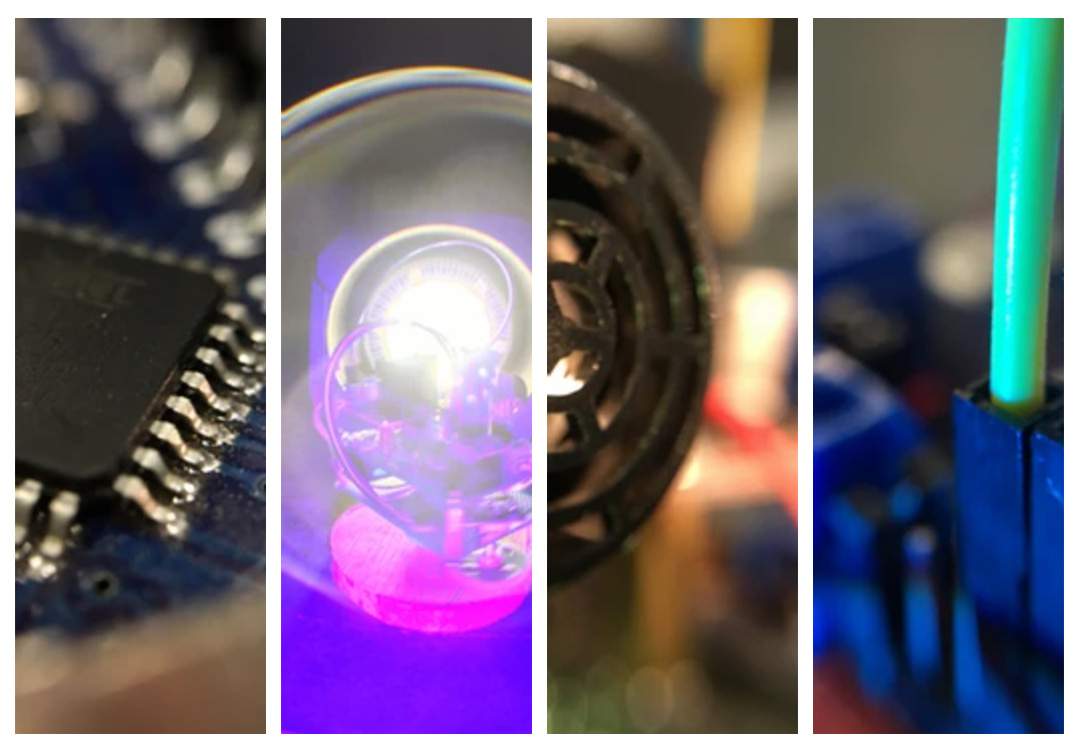 This is how we present Sebastián, who is responsible for the sound action born as an interactive installation called SONO. What we share is an experience between deep learning, a word processor, human beings and space.

SONO is the first approach to this encounter between art, science and technology. Searching for a question and trying to develop a work, from that knowledge I had from an academic and scientific perspective to put it in a more aesthetic stage. To generate a work that we could call “art” from this data. Specifically, SONO is the convergence between space, body and sound. That search to erase stereotypes, those limits that exist between science and art. 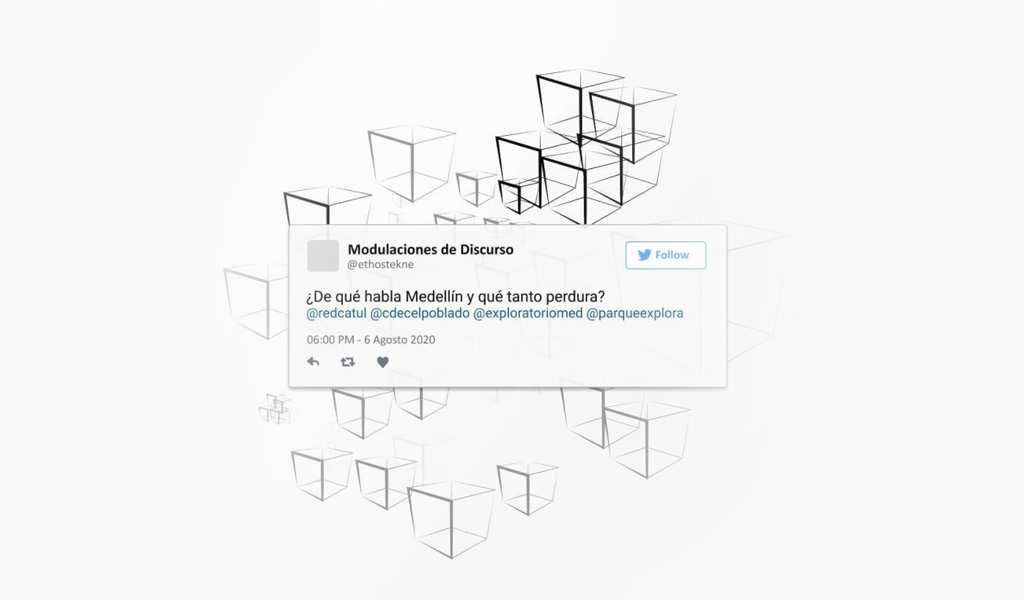 What makes SONO in particular is that in its constant movement, the sensor embedded in this electronic device, configures a map of space using ultrasonic pulses. This map is dynamic because space is always changing, it becomes a sound map of the encounter between the objects in this space, the mechanism or device that is SONO and the subject or individual who is experiencing the work or installation itself. So, SONO is sound that creates a map, generates sensation from the sound creation. It is also a commitment to blur the boundary between author and work on the one hand, and subject and object on the other. Why is it the way people interact or approach it and modify the surrounding space, generating in the end the result of the installation.

With SONO you investigate the distance between the person who creates the work and the person who observes or experiences it, because it turns the space and the individual into generators and at the same time those who experience the work. It highlights the value of this interaction and interference between these two dissimilar objects that are like the subject and the WORK itself. In this case they mutate and become one. How is this achieved? Through digital processes helped by electronics and sound synthesis to generate like this new perspective and a set of sensations from the sound. Searching for new ways to experience space.

In particular, the invitation made by the AUDITUM Festival was very interesting, because it took SONO out of the context it was conceived of, originally intended as an installation, a fixed object, in an exhibition hall or a defined place. AUDITUM proposed that we use SONO to accompany the town criers. To make other sonic expeditions in the public space and to be able to think in a different way about the space and how to intervene in it. This was the initial question of SONO, but it was not contemplated from this perspective.

What is interesting is that this motivates the question of how the regulation and exposure of bodies —the physical body, the social body and the political body— in the city, configure the sonority of the space. How could one approach the sounds that the pandemic left out in a different way? We were all safe again, but outside was that sound environment, that world, which we perhaps perceived as NOISE and then forgot, but which was a fundamental part of our daily lives. So, SONO became that device that intervenes the sound environment of the city hand in hand with the town criers and encourages us to rethink its resonances. 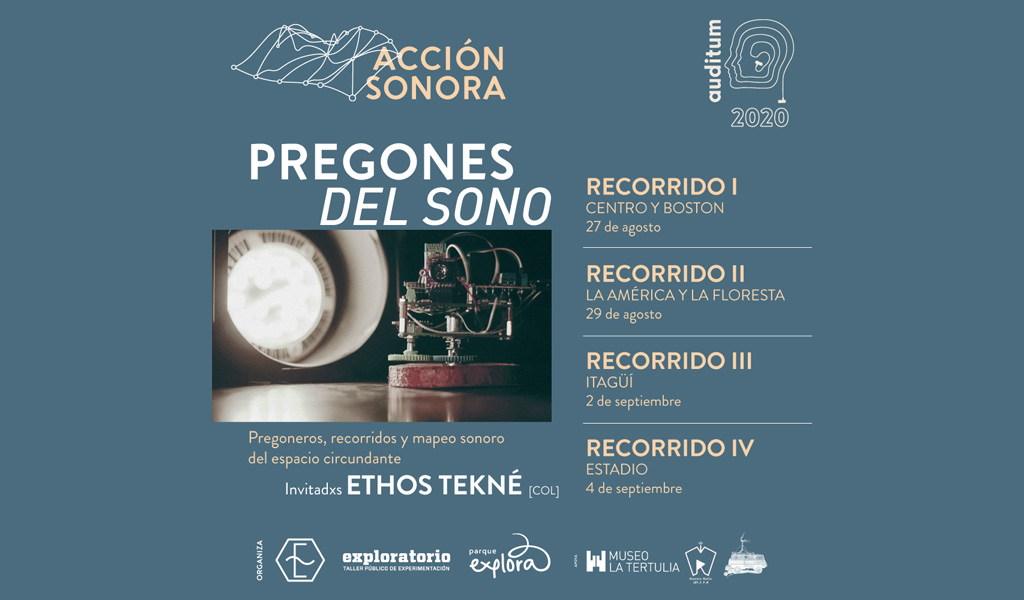 SONO has an embedded ultrasound sensor, which is in charge of mapping the delimited space. So, how does it do this? By sending an ultrasonic pulse, sound that is not audible to humans, and once it encounters an object, it is reflected and picked up again by the sensor. The time it takes for this sonic wave to travel, bounce off the target and return, speaks of the distance in which it is located. Then SONO is doing a sound mapping, again with a sound that is not perceptible to us, of that adjacent space. Once this rotating object, this sensor, makes a complete scan of the space. What happens is that this mapping becomes the agent of sound synthesis, particularly inspired by Brian Eno’s tape loops. They basically use circular patterns to generate generative melodies. But in this case, the melodies and the musical notes are not generated a priori or created by the artist, but it is the surrounding space that defines its frequency and its duration, depending again on the location of the objects in the place. Besides that, with this intervention proposed by AUDITUM, we extended the particular concept of idea of SONO, capturing live the sound of the criers. They speak into the microphone, becoming part of the sound synthesis process. These and other physical parameters, such as the acceleration of the vehicle, the speed and direction in which they travel, also define the sound characteristics. It is for example when the operator pushes the cart, the particular sound characteristic of this acceleration of the cart, undergoes a change, such as the orientation of the street being driven or the way the microphone is used or how loud it is. All this changes the final result of the sound experience. So SONO, is that translation of sound into Sound. The one that is used to generate a map and also the one that results from these dialogues of the town crier. They all go to a central core of processing and synthesis, which transforms that external landscape, into a new perspective of sound and that approach, as from a very ambient idea, the final result of this work, is a live intervention always mutating, always changing, responding to how the space and its objects are around it.