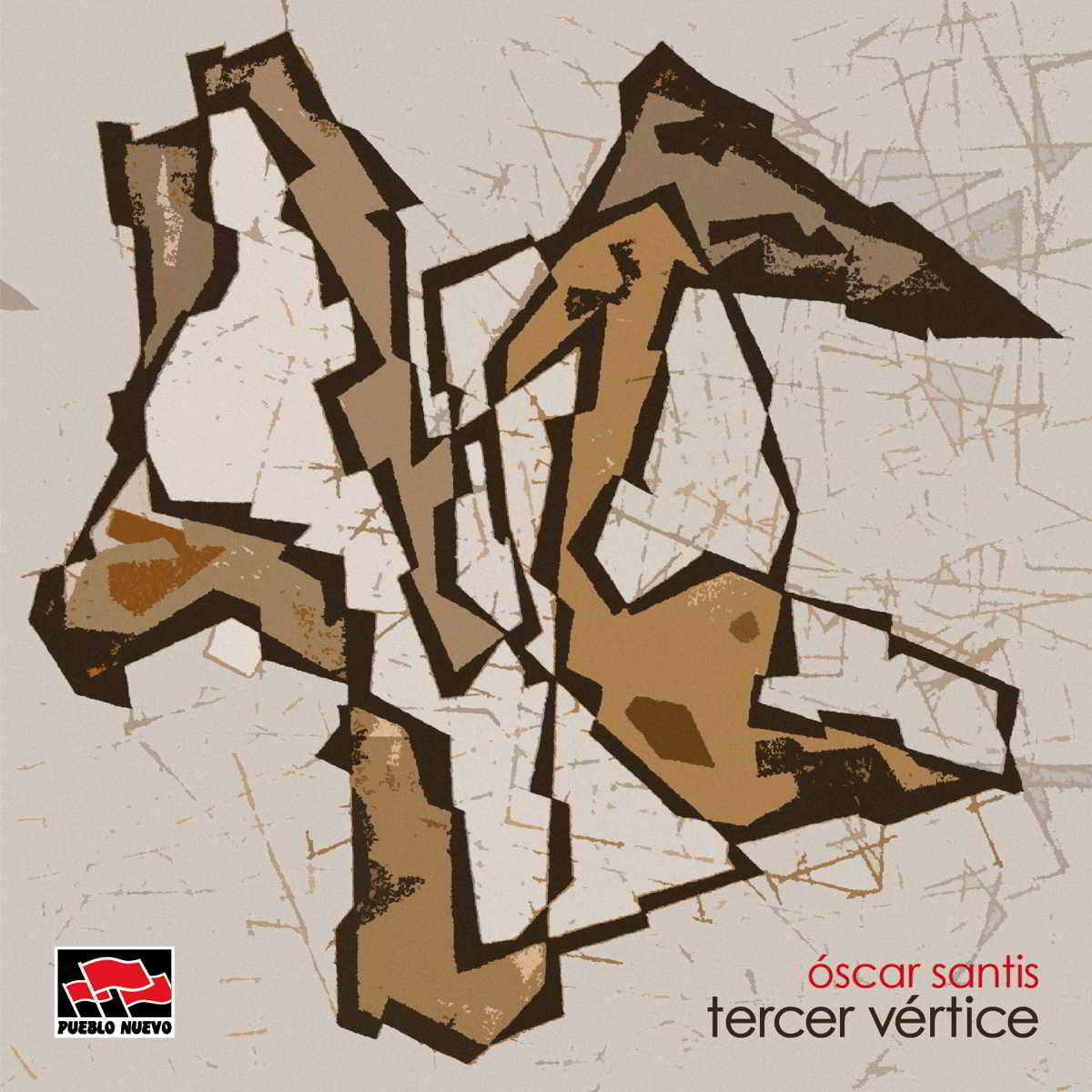 Óscar Santis, sculptor, musician and noise maker. Artist, above all. And a very peculiar one.

At the beginning of the quarantine, around March (2020), Óscar contacted me to invite me to listen to Tercer Vértice. A little bit of Noise for this Pandemic times, he told me in his e-mail.

At the same time, when I was able to listen to the album, I replied that I was interested in going deeper with a brief interview, his views on this album that he shares with El RUIDO.

What began in March closes its cycle as I write these words, waiting for another to begin.

It is not easy to talk about NOISE. There are whole forests written about noise, about the physical phenomenon, about the artistic movement, about the cultural, etc. The term NOISE weighs the same weight that weighs on the colour BLACK. Hateful analogy, YES. Of course. The colour white is the colour of purity and the black of the impure, of evil, and all those things that culturally are inoculated to the point of trauma. In part, associated with the secularity of idle faith.

We talk about NOISE as a cultural phenomenon, always from these Jacobean stands. The condemnation weighs on the irreverent who dare to break with the status quo, from Lilith in the Eden of the Judaeo-Christian tradition, through Gilgamesh (before or after Robin Wood), to the futurists, misunderstood today, confused with vulgar fascists.

The Noise has been transformed over time, permanently mutating, and today, far from disruptive noisemakers, we can see as much diversity in the approach to NOISE as noisemakers claim to be in the artistic spectrum.

Tackling this despised and denigrated genre is impossible, as mentioned above, but it is necessary to continue writing and talking about the subject, removing the veil of prejudice and, I venture to say, intolerance, is one of the reasons why The NOISE is the Message.

To speak in the first person of one’s own work, to question oneself about what is one’s own, whether it is produced viscerally or not, is costly, it happens with everyone who ventures into these lands, nor was it for such an experienced artist as Oscar Santis. Below, we share his reflections, valuable for this sound universe as the DRIVE in a chain of effects.

And here we go!

This corresponds to a set of recordings that were all made at the same time and then divided into three different albums, not necessarily correlative in terms of the time in which each was recorded, but in some coherence between the sound of the tracks, which were grouped together in the background, of course, after being recorded and with enough time away from the recording, were released. In fact, a few years passed between the first edition and the last one that was now. However, the work continued with respect to sound editing, not structural editing.

And vertex has a more volumetric sense, for example, if I had put, third angle or third point to the fact of going in third place. It has a more spatial issue in the concept, than a temporal one.

The process of building this album was basically to go from the use of digital synthesis tools, since until that moment I was working with Pure Data and a couple of pedals that processed the voice, to adding more analog sound tools. For example, a soundbox by Derek Holzer, micŕofonos contact, more pedals, a mixer that I still occupy to make feedback and to work as an overdrive with all the signals coming from the microphones and a little in making these two different worlds coexist in terms of sound processes and synthesis.

The whole album is recorded at once, although there are several takes for each track and in the background, I selected the one that brought more surprises, because there is a matter of a certain structure that supports each track, but there are also quite a few spaces for improvisation. There is no programming, sound sequences or notes that are made before the pieces, but there is only a modeling of the timbres and sounds that I worked with and certain sound states of the analogous tools.

Each track had as a starting point a certain sound state that was developing in some parts and these were the static units within the track and from those parts the improvisation times are generated.

As for the general state of the three records and the selection of each track for each record, it had to do with certain steps that could be generated between one track and another and also with the duration.

There is an idea that the three albums have the same length of time, but have different transitions between each part. 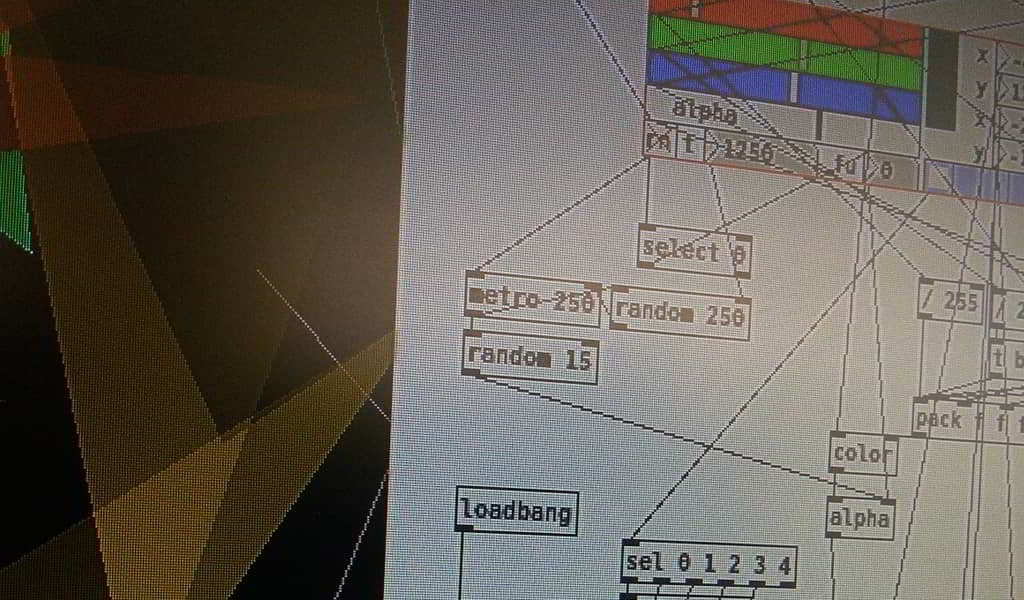 I had never thought that certain relationships could be established. In fact, you can’t talk about this work as speculation. And by that I mean the three albums, but it has to do with a time when it became part of the reflection, the possibility that structures that were visual, but structures on a conceptual level, were susceptible to being moved to another space, which was a sound space and in this case the space of the music. However, it is not a textual step, nor is it that in the case of music there is a pre-established thing, since most of them are improvisations, but there are certain states, sound textures, certain temporary structures that were developed as ideas during the process, which was the recording of these albums and of each theme.

Many times all the answers or ideas tended to become clearer after a theme was finished or the limits of a theme were defined. To some extent the structures were clear, the time development was clear, and in that way it was simpler to define what the boundaries were. And with those limits already defined, there was a foot to start with another topic, another work.

In fact the period of reflection on each part that was done most of the time was later, beyond having an intention from the beginning.

There are structural ideas regarding certain elements that I work with, for example when I paint, that have to do with overlapping plots and interferences that are generated between these plots and interferences that are generated between figure and background by the action that generates a plot on the total or each plot on the total. In such a way that these interferences generate a space in depth which is what makes the figure and the void in the background appear, like its state of solitude.

These concepts of interference, of superimposition are, or rather, are implicit in the work of Tercer Vértice and this whole trilogy of discs.

For me, the importance of noise as sound material has to do with how we face things, how we situate ourselves in relation to reality.

For example, I remember when I started sculpting, I had to use machines, welding machines, grinding machines. I was used to always working with music, at least when I was painting. Then I had to change the music I was listening to, so that it could be heard over the layer of noise I was generating while working. That meant that I also started to listen to louder music. However, within this mass of noise that one is listening to, certain elements appear that one can recognize as melodies or rhythms. Because noise makes you hear things differently or from a different place.

Noise is an element that is always present, but many times our senses tend to turn it off, to hide it. There are a lot of sounds that we don’t hear, how the earth rotates or frequencies that are outside our threshold. There are also sounds that are within our threshold that are constant; it can be the sound of a machine, the sea, water, wind. We always tend to make that sound disappear in a more unconscious way. The way the brain processes stimuli makes that band of stimuli disappear so that we can identify things. Then it is always to bring out certain sounds so that others can be seen. We can understand noise as chaos. Chaos from where we appear or from where things appear to us.

If we set it against the silence, spatially it has something similar to what happens in sculpture. In the sense that from silence you always have to add things so that they appear. With noise, on the other hand, it’s always a matter of carving a mass, so that from this mass appears the shape or the sound space that we want to hear, that we are listening to in the background, or how reality appears in the midst of the sounds. 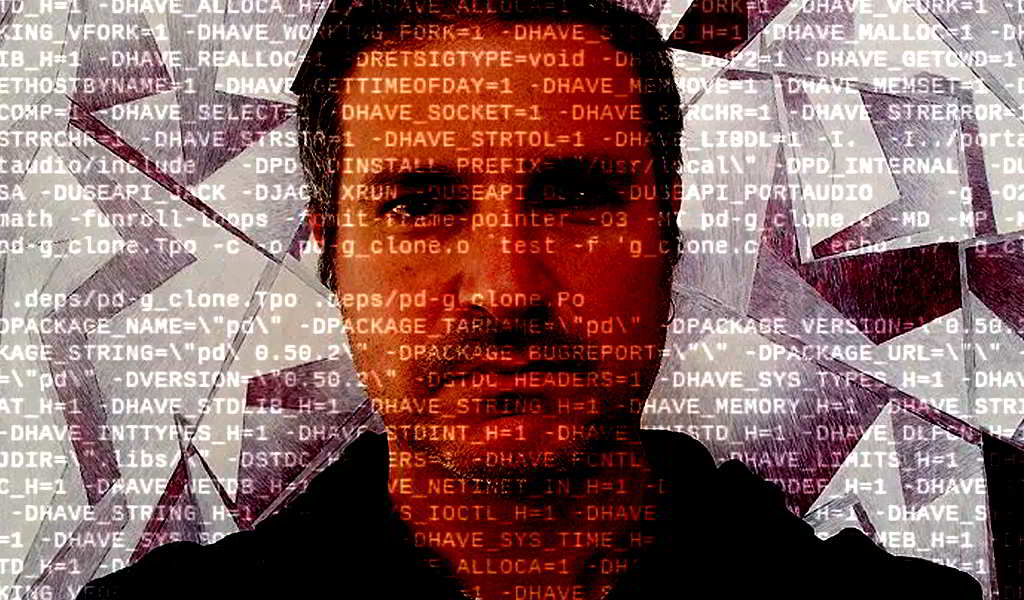 Noise is always a reference. Going back to what I was saying before, in the background, where the sound goes.

Another example of this, is when I’m generating couplings with the mixer or using it as an overdrive there are certain areas that achieve more defined timbres. Tones that can be square waves with a very clear tone or basically, by the sum of several signals, situations close to white noise or very hard pulses are reached. So always in these zones it involves how to get there and when you have to get to these zones you know the limits between one bell and another. And within these limits, other sounds and other tones appear on a smaller scale and with different dynamic properties, in which the noise is transformed from a tone to a rougher mass, and then it is transformed again into pulses.

Always the noise is in the limits of things, one always tends to see the noise as an absolute, however when referring to it it is a relation to a timbre or a certain sound state and that relation always changes.

By modulating frequencies into tones that are pure one always arrives at another type of vibration in which there is a main frequency that tends to remain. But when these frequencies begin to recirculate, a noisy situation is also reached. Perhaps a narrower sound band or spectrum that can be reached by many distortions, for example. However, within this new noisy mass there are other types of oscillations and other types of structures that can be considered melodic no matter how hidden they are and that do not necessarily tend to repeat themselves as loops, but are frequency steps at other very high speeds. This is another form of noise.

However, noise, as a subject of work in my case; with this I repeat what I said before, doesn’t have to do with where I start from.

I start from Silence, NOISE is the horizon.