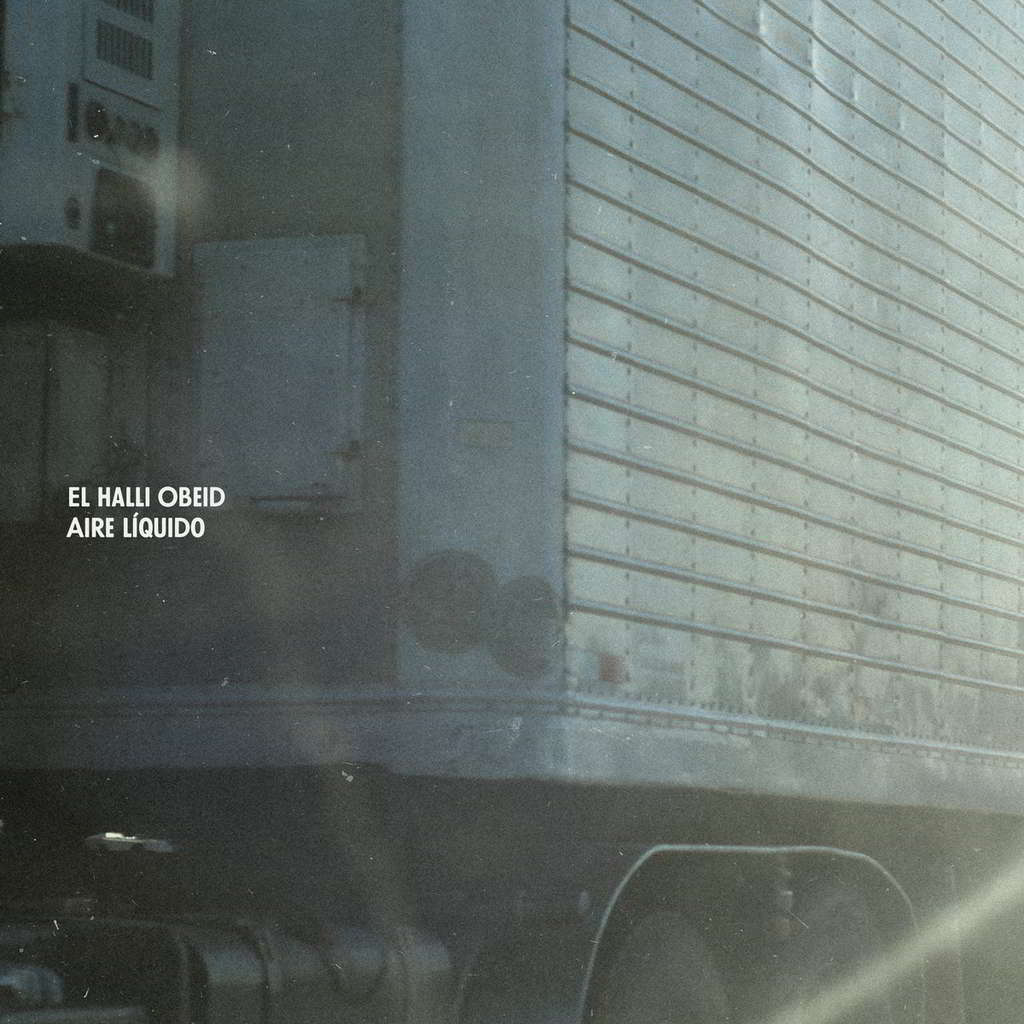 How do you start a review when you have so much data that you don’t know which to put first?

This is one of those cases, you don’t know what to call it and you just postpone writing it. You have a lot of information that you can write down while Providence gives you a more than acceptable title.

This is not the case here, and neither was it in others.

Nor can you combat the blank-sheet syndrome by writing down what you come up with and then passing the scissors and the shotgun around like old William.

Let’s take it from the beginning.

The cover is very striking, at least for me or for those who know something about “heavy” traffic. There is a truck of which only a part can be seen, the author’s name in dry stick typography, normal and white in contrast to the palette of greys and blues behind it. I like the dry wood typefaces, generally of condensed proportion, and the dirty, cut-out photographs. The record, it came to me from the eyes.

It’s a simple, short and easy to listen to album, with soundscapes, sound manipulations and not so experimental musical composition that I’m used to. Maybe in this case, the good thing is not in what you listen to, but in what you DON’T listen to.

Luis is part of the TOMATES ASESINOS, an interesting project named after a mythical film with a mythical actor in some of its sequels, and is also from Noetinger, a small town north of the city of Leones (the one with the National Wheat Festival) which is on Route 9 and is also about 20 km from Marcos Juárez, the city that is the head of the department, in the southeast of Cordoba, Argentina. Between the three cities they do not achieve a population value of 100 thousand inhabitants.

Aire Líquido, is a two-headed monster, a play and its respective soundtrack, that is, this album. The play, the text, the name, belongs to a playwright and theatre director from Córdoba, Soledad Gonzalez. I was her official composer. I worked with her from 2002 to 2018 as the designer of the sound space for the scenes she directed, until the last work we did together. And Aire Líquido is for me the most successful of all those works, the one that had much more musical prominence because there were choreographies, there were dreamlike moments of just music, it had a very strong visual content. It was a good opportunity to develop and show all my musical resources at that time. Usually when one works in theatre, music is in the background, in this case, the music was on par with the text. I decided that it stood on its own and that’s why I wanted to make an album out of it.

Here we start talking about soundtrack, it’s not a work composed for a means, but for an end. Aire Líquido is the design for a play. This is where certain axes intersect and mix. Where the intersection starts to feel interesting.

The process was similar to any compositional process, sitting down to play, record, cut, put in, take out, etc. But with an objective, a concept if you will: To think of a music that could be made by someone who lives in a house, on the side of the old Route 9 in front of a rubber shop, a musician there, listening to things happen, composing music with total freedom. I took for granted that I had a few tools, a computer with an editing software, a synthesizer, a microphone and a guitar. And with that whole world of sound, so to speak, he’s shaping the music. He started working, making music with everything he heard, a kind of “invented” folklore.

I was born in Marcos Juárez, where I became a radio operator and experimental reviewer. The first radio I stepped on is still standing and since 90′ until today, I still link up with some curious people like me. And like them, I keep looking at the road every time I drive, in case I see someone I know hitchhiking, so I can get him closer to his house.

As it is usual in the villages, one almost ends up being a relative, crossed him at some point, shared the same concert or perhaps was a neighbour without knowing it. Luis ended up meeting some cousins of Noetinger and I surely met him in Marcos Juárez, in some “reci” of Luis Cagnolo or some of the bands that were in the 90’s in this city.

The trigger for the plot of the play was the hours spent on the bus that goes from Córdoba-Villa María back and forth. The microcosm of there, what happens at the side of a route, or you imagine what happens, in what you see through the window, all the elements that inspired this story are present: the romance between a truck driver and the daughter of the owner of the tire shop, at the side of the route. For my part, when Soledad proposed this work to me, it seemed like a good challenge, I was raised in those landscapes, I am from Noetinger, for a while I studied music at Marcos Juarez, I studied high school in the Technique des Lions, I played guitar at Bell Ville, I traveled a lot by hitchhiking between Leones and Noetinger, let’s say I have a couple of hours on the side of Route 9. I felt that I needed to build a pretty solid soundscape to go with it, to start from the sound world that you can hear on the side of the road but avoid the cliché, by going to a more abstract place. Avoid the folklore and the quartet. The reason that ignited the compositional fire was to discover ways of transforming everyday sound objects or events into musical events. For example, a door slamming in the cab of a truck turns into a bass drum that will mark the pulse of the piece, or a truck drives by and instead of displacing a current of air that ruffles our hair, what remains is a chord, a musical wake floating in the stereo field of both speakers. 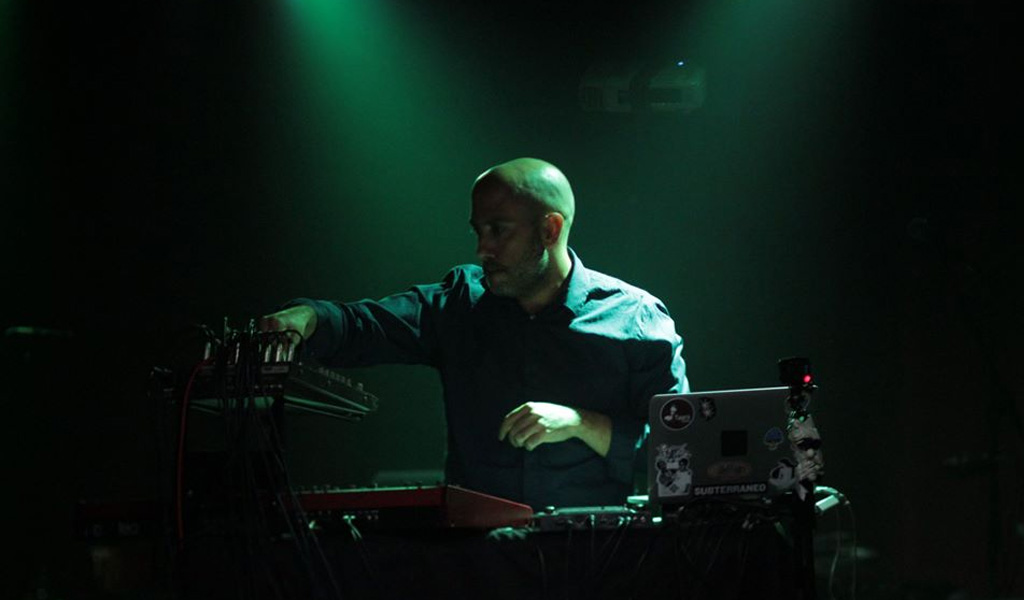 I listened to this record in January, on the humid, bipolar days of January in this soya and glyphosate contaminated part of the Pampa. The album is worth every note, it has strength and power, it is climatic and it makes you move when you listen to it, it works perfectly to lift your spirits and you spend almost half an hour savouring these things that you thought you had forgotten.

I returned to Marcos Juarez in 2020 after living in Rosario for many years and in Santiago de Chile for a short time. I still find it difficult to know myself in the place where I was born. But Aire Líquido is a picture of many moments, almost traced as they sound in the past.

In practical terms I learned to handle very well the software I work with, Ableton Live. I wanted to recreate the feeling of watching the passing of trucks from a fixed place to the roadside, the wind, the sound, the sand that rises and burns your ankles and face. In the quest to recreate that sound sensation, I discovered extraordinary audio editing tools. It gave me experience in things I hadn’t worked with at the time. To develop a work in which I was much more involved, it was demanding to do this work. I also worked with a choreographer called Cristina Gómez Comini, there were several choreographies in the work, I had to work rhythm by rhythm, to see what was happening, what was wanted, to put together the scene and the dance that the authors developed. That was a good learning experience.

Luis ends with this phrase: “Aire Líquido is music that could be created in Marcos Juárez, I think I thought a lot about that place and about some musical microcosm that I saw when I was a teenager. It was also a bit of a tribute to those places, my adolescence and the Route”.

If you like, you can listen to the podcast with the review in RUIDO #13.