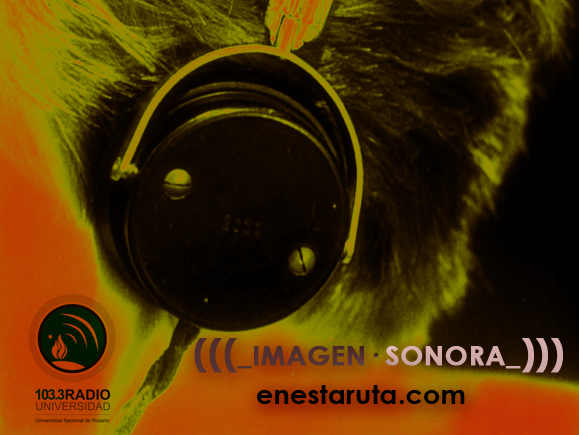 In 2012, the basic idea of what would later come together in The NOISE is the Message, a radio product made for the radio, in a weekly format, using the modality of unstructured editing and radio art, as a way to channel the concern in the radio language.

It was the possibility of acquiring digital recorders and microphones of our own, of being able to set up a Home Studio to be used as a sound laboratory and the collaboration of Julieta Rigali as a co-producer and tireless curator, which opened up a sound spectrum of possibilities to give this mutation the path we were looking for, always and through exploration and curiosity, this cycle continued with topical works, where the task was, on one hand, the biographical interview, of pedagogical character and on the other hand, the discovery and fascination for the new sound arts, that as we well know, they do not have nothing new, but they accompany us since we can establish differentiated listening.

These assemblies are worthwhile, by way of discovery, as when the deaf person ceases to be one and suddenly assumes that he or she is surrounded by the sounds in which he or she finds him or herself.

At present, his broadcasts are distributed randomly, in various Spanish-speaking radio stations.