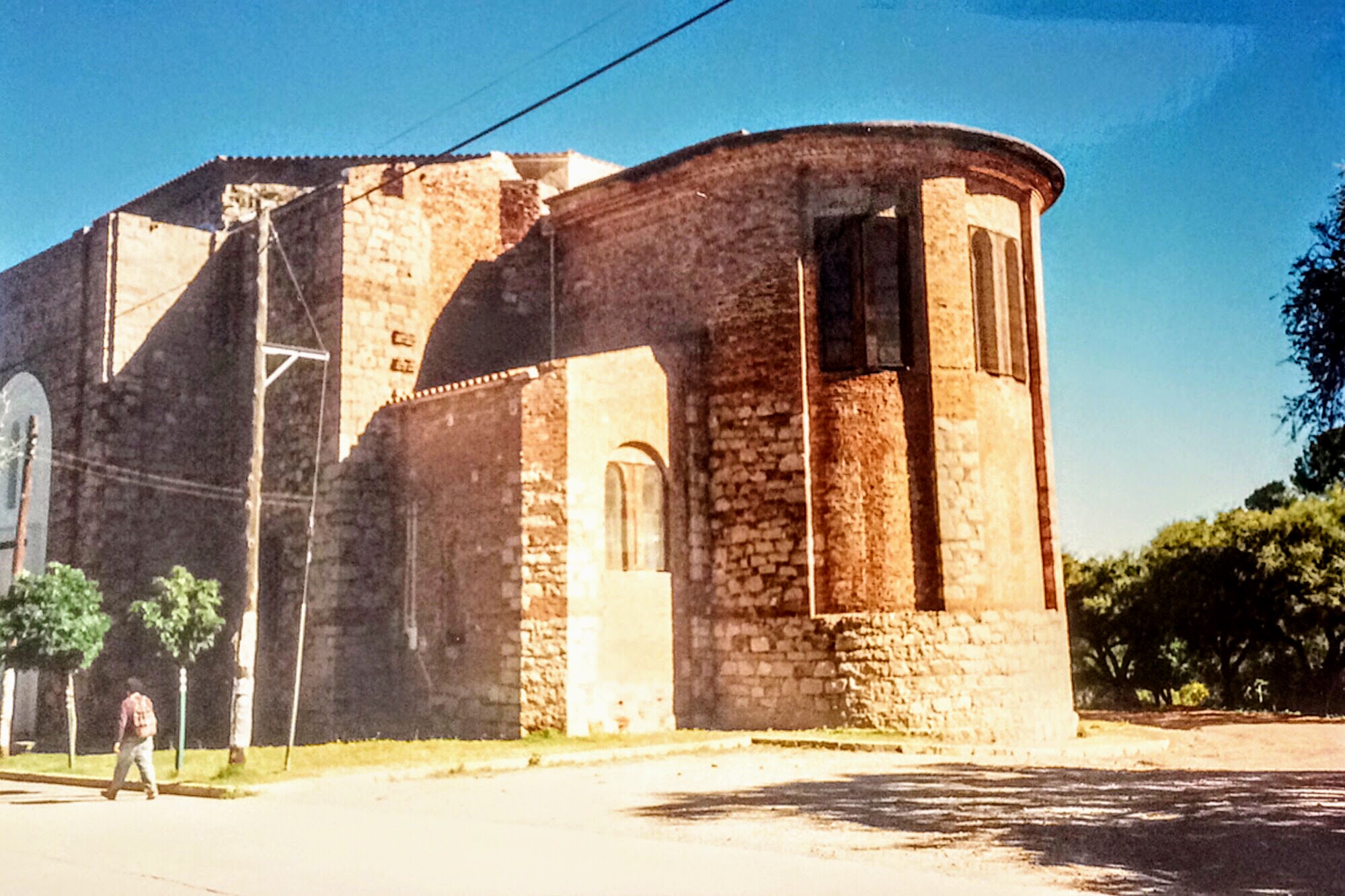 In February 1995, with Sebastian, a friend of this times, we went backpacking to Capilla del Monte, in Córdoba. The kids were very crazy about it, with an implicit desire to smoke pot and have a good time. I had been hit by the hippie punk.

Sebastian had become a craftsman, he was quite good for his age, so we went there. An uncle took us to the city of Cordoba in his truck and the terminal, we took a bus to Capilla where we went to a place called El Faldeo.
There I spent 5 days in a tent, walking around that little town, watching, listening to some stories that today would not pass the filter of political correctness nor masking with 150 layers of photoshop.

I had decided to go back to Córdoba, there I wanted to meet an adventurous friend from high school, Pablo. The only thing I knew was that he lived at 4900 Deán Funes Street, on a corner.

Once I arrived to Córdoba, I went to the house, telling him by a public phone to wait for me in some place where I could see him, so I wouldn’t get lost, without a map of the ACA of Córdoba and less Google maps, I walked a sideways distance from the Terminal to his house, I was more afraid of the bus than to get into any street and get lost, something that has become usual in my daily life.

I arrived at Deán Funes, Pablo was at the corner of his house waiting, we hugged and did what we always did, we sat down to smoke and talk, telling us about our lives in that year that we had not seen each other. With no other social networks than handwritten letters sent by mail, with a lot of luck, once every 4 or 5 months.

The night was made and after listening to a Ramones cassette about 10 times, we chatted about the records I had bought in Cordoba, before going to Capilla del Monte, after kicking the pedestrian for a while, and where there are record stores, the body moves by itself.
A Great Hits by Hendrix, The Bible by Vox Dei, Brother in Arms by Dire Straits and Couldn’t Stand the Weather by the great Steve Ray V. that were added to Sumo Fever, The Delicate Sound of Thunder and Pulse by Pink Floyd, a pirate concert by U2, another one by Sting and another one by Carlos Santana that came in very packaged cans.

The night became more dark and we put the radio on, we were in his room lying down with some of his friends from the neighborhood while we were looking for the Rock & Pop of Cordoba, we tuned in and listened to a Blues program that sounded at that moment, I only heard the voice of the announcer and the work of the operator, how he mixed, how he hooked, if he raised the curtain well or not, if he left the air mic open, etc.

We decided to ask for a song, Pablo took charge and asked while he was calling, what did we ask for at the end?
Without hesitation I shouted back, ECLIPSE by Pink Floyd.
He cuts and returns to the conversation while we were hesitating to put our request on the air, but if there were 3 minutes left in the program.

Suddenly we are silent, the song that was playing, a blues with too much whiskey and a voice so waiting that it would leave Tom Waits without a job and with a blank pentagram syndrome for several lives, it was coming to an end, there is a bump of thousandths of seconds and the operator gives air to the driver who tells us what we were listening to. He starts to dismiss the program, there is one minute left and again, there is a pothole. The driver takes to the air with these words:
“And since everything never ends as it begins, we’re leaving tonight with Pink Floyd’s Eclipse, requested by our traveling friend, who’s walking around Pablo’s house.” 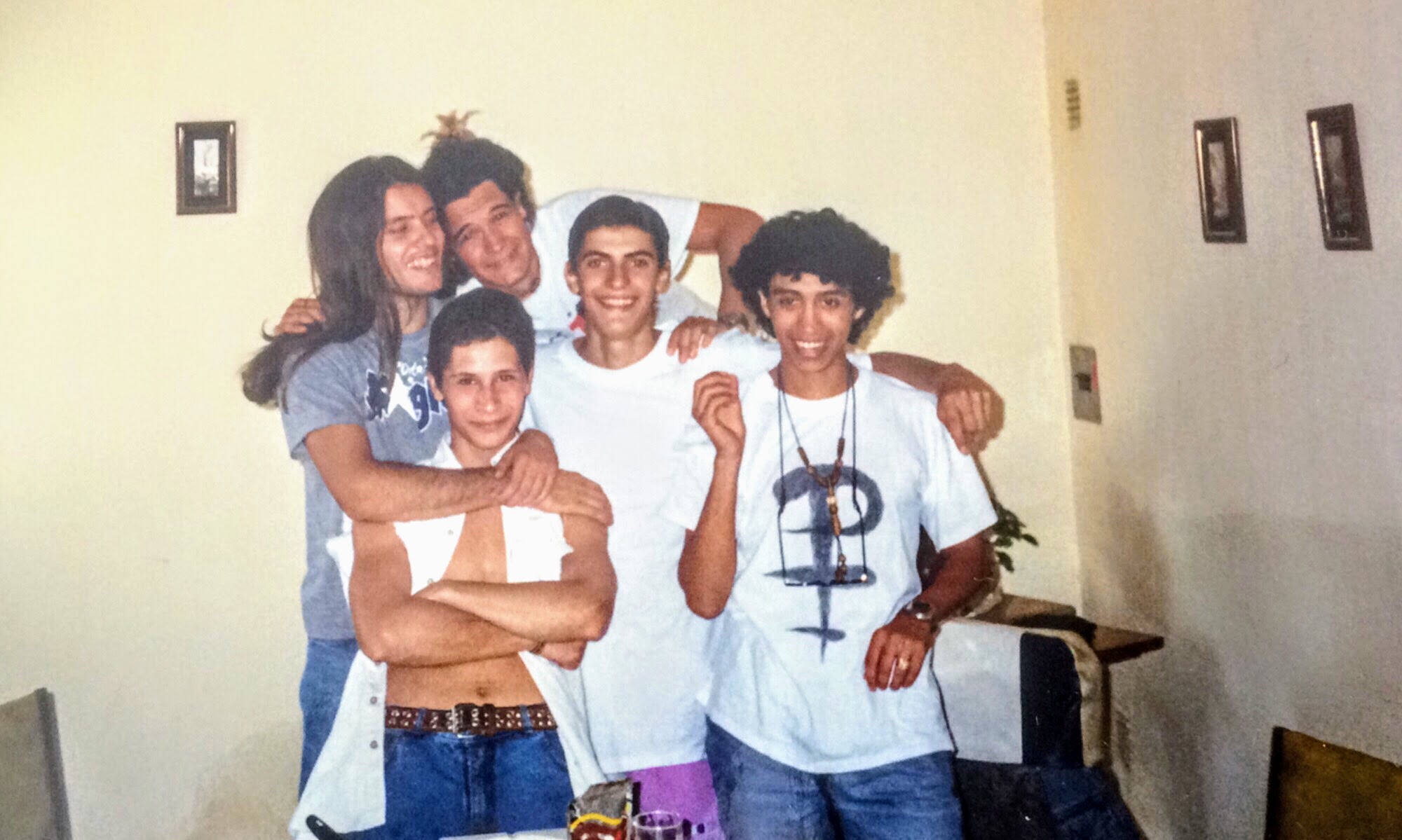 It is today that Eclipse is nailed to that Sound Image, illuminating the driver to elaborate those phrases, being an accomplice with Pablo in that show of affection and comradeship, knowing the importance of the codes and the links created in periods of formation and flying that one must hit in his life.

I still don’t forget that weekend, where there were even more adventures, linked to the Pistols, to more Ramones, to Bon Jovi, to Nirvana, but that night was the ECLIPSE night until very, very late in the morning.

PS: If anyone knows the show’s host, who was on in the summer of 1995 at Rock & POP Córdoba, on Saturday mornings, let them know.